The Board of Directors plays a pivotal role to ensure the overall success of the program, from working with subject matter experts to developing and executing the most comprehensive spirits curriculum, to selecting interns, distilleries, and mentors, to providing appropriate resources and oversight to carry out the STEPUP mission. Through its gift of time and talent, the board works hard to earn the trust and respect of interns, distilleries, mentors, and the industry at large. The board agrees that the industry should more closely mirror the community of spirits producers/owners/operators and those consumers who enjoy our products. It will advance that effort throughout many years to come. While board members will come and go, the focus will remain on changing the face of the industry, one intern at a time. 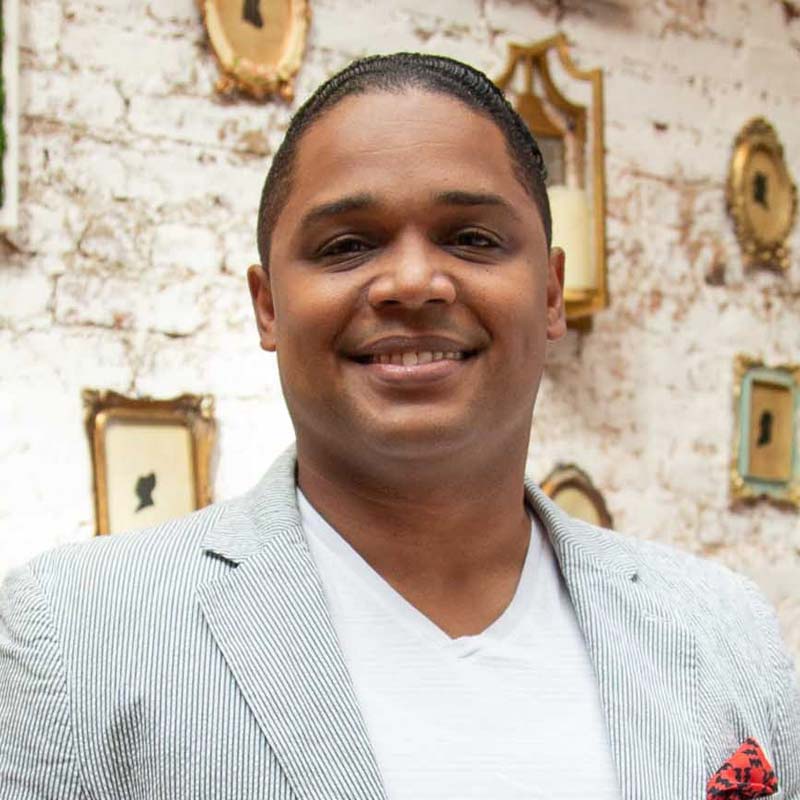 Born in San Juan, Puerto Rico, David began his professional journey through various management roles in the hotel industry. From Finance and HR to F&B, the hospitality industry paved the way for a career that has led him across the globe. In early 2008, David decided on a new challenge and entered the Spirits industry. At first, focusing on ambassadorship and the development of educational tools, his role swiftly evolved into developing the premium rum portfolio for BACARDI Ltd. Including new brands like the Single Cane Estates Collection, the FACUNDO Rum Collection, and the revamping of the multi-million dollar BACARDI Rum Brand, amongst others. Featured on shows the likes of 60 Minutes and Bar Rescue, David is also a frequent lecturer at Universities across the US and Europe and is an Internationally renowned and awarded expert on Sugarcane Spirits. 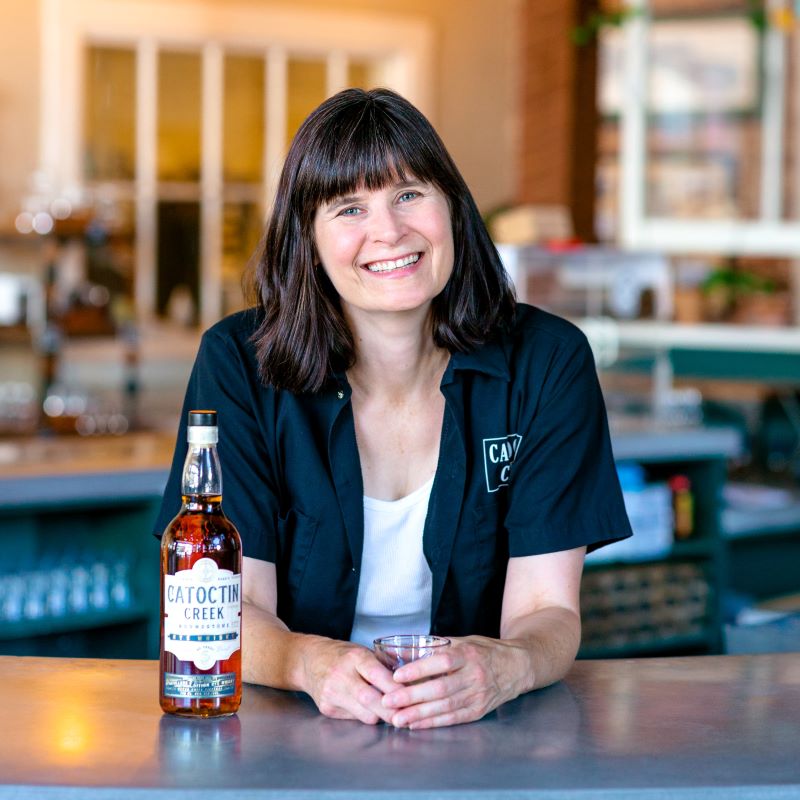 Becky graduated with honors from the University of Wisconsin, Madison. As a chemical engineer, she worked at companies like Amoco, YDK America, and CIBA, specializing in industrial processes and production systems. Becky brought this knowledge and applied it to something she loved–making the finest distilled spirits in Virginia. Wine, grains, berries, it matters not. If there is a fruit, vegetable, tuber with starch or sugar in it, you can bet that Becky will try to distill it. 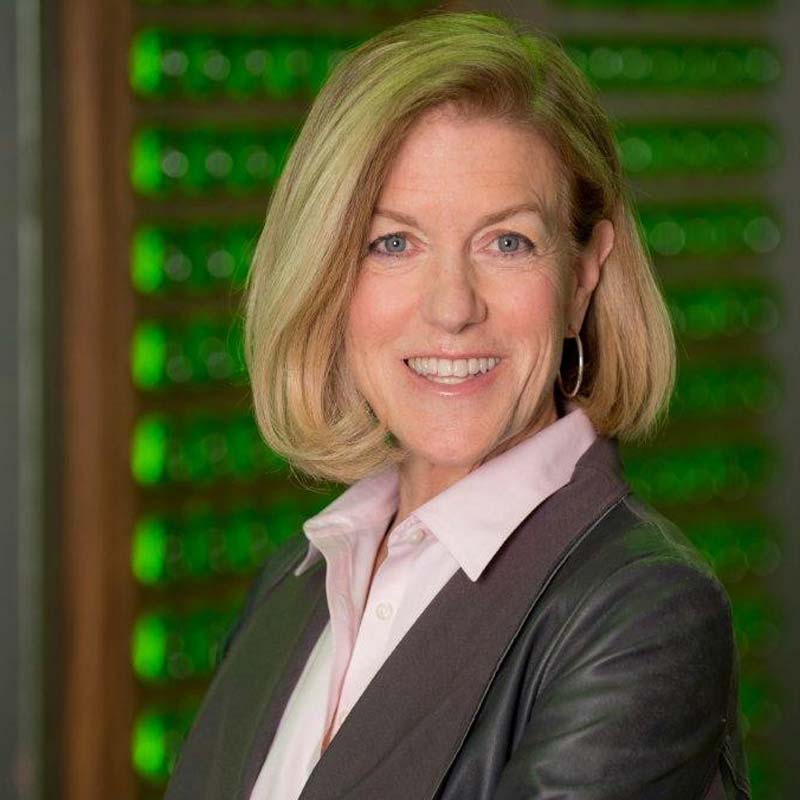 Julie is an experienced business leader and legal advisor with more than 20 years of executive experience in the alcohol beverage industry. She is the former SVP, Chief Legal Officer for Heineken USA, and played a key role in the strategic and operational management of the company. Prior to Heineken, Julie was VP, General Counsel for Remy Cointreau USA.

Julie was Heineken’s first female SVP and Executive Team member and has pioneered diversity and inclusion in the beer industry.  As the founder of the Heineken Women’s Leadership Forum, she transformed the female representation of Heineken USA.   Today, as CEO/Founder of JK Leadership Advisors, LLC she works to help companies and executives promote and support female leadership.

Julie is a regular speaker on issues of corporate culture and diversity and has been featured at executive and academic conferences and was recognized as one of Westchester County’s “Women in Business”, primarily for her work in the area of gender diversity.  Julie holds a BS in Finance from Georgetown University and a JD from Boston College Law School. 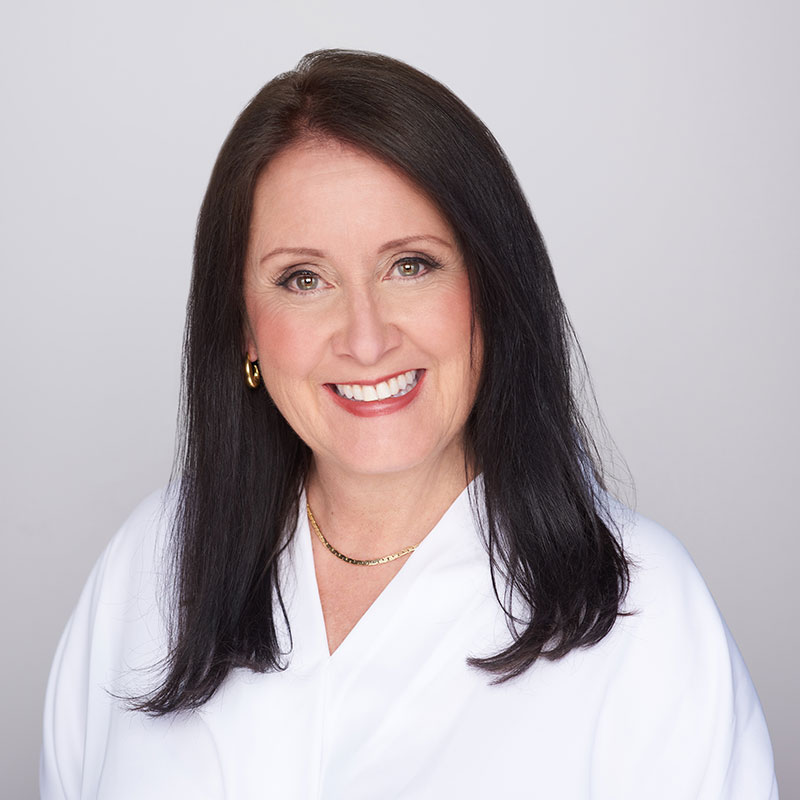 Margie A.S. Lehrman, CEO, has guided the American Craft Spirits Association (ACSA) since she joined the team in August 2015, shortly after ACSA launched in 2013. ACSA is the only U.S. national non-profit trade group, created and governed by craft spirits producers, whose mission is to elevate and advocate for the community of craft spirits producers. Before joining ACSA, Margie was a senior attorney at Lehrman Beverage Law, PLLC, a firm that concentrates in the area of beer, wine, and spirits law.

Margie blends a regulatory and administrative law background with more than 20 years of senior management association experience. Previously, she worked for the American Association for Justice, (formerly the Association of Trial Lawyers of America), a membership organization with then over 50,000 members. As its Chief Operating Officer, Margie provided leadership and strategic management to ensure that the organization had proper operational controls to effectively grow the organization while maintaining financial strength and operating efficiency. Early in her professional career, Margie worked for the Foreign Policy Association in New York where she developed and executed a national community outreach program. Margie received her J.D. from California Western School of Law in San Diego. Margie earned an undergraduate degree at Marymount College in Tarrytown, New York, and studied at the Sorbonne in Paris, France, graduating magna cum laude with a joint degree in International Service and Politics. 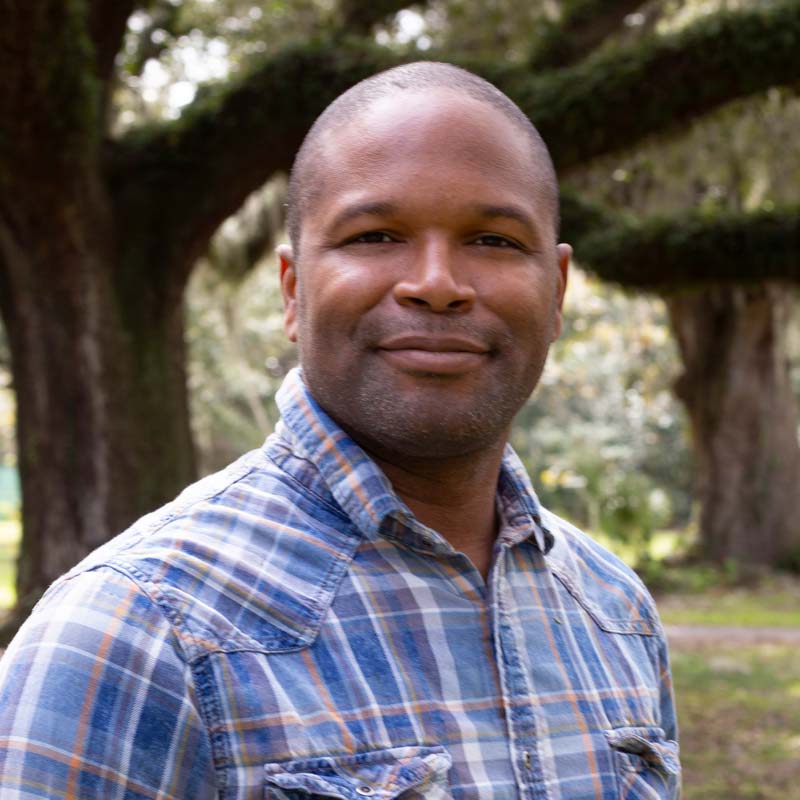 Chris Montana began his professional career in electoral politics. Starting first as a trainer with a non-partisan organization focused on grassroots advocacy, lobbying, and electoral strategy, Chris then moved to a congressional campaign as a field director, and ultimately landed in Washington, D.C. as a congressional aide. Chris left the congressional office to pursue his education, graduated first in his class at the University of D.C., and then moved back to Minnesota to attend Hamline University Law School.  After graduating from law school, Chris joined the law firm of Fredrikson & Byron. While still in law school, Chris had an idea to create a microdistillery in the heart of his hometown.  In 2013, he and his wife Shanelle founded Du Nord Craft Spirits (now Du Nord Social Spirits) in south Minneapolis.

Chris and Shanelle led the MN distiller’s guild in its first efforts to change the then entrenched three-tier laws in Minnesota. With the help of many other distilleries in Minnesota, the guild was successful in passing cocktail room legislation allowing for unlimited cocktail sales and a restricted form of bottle sales. Chris currently serves as chair of the legislative committee for the MN guild. 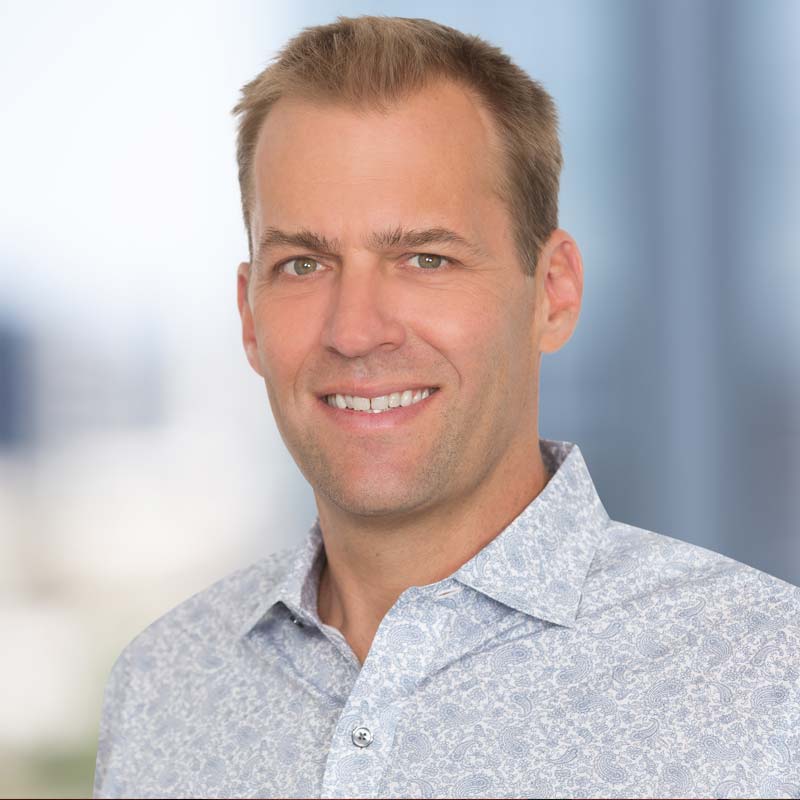 Chris is a graduate of the University of Southern California, where he earned a Bachelor of Arts degree in Communications and won the 1990 NCAA Men’s Volleyball National Championship. Chris is also a Board Member of the Wine & Spirits Wholesalers of America (WSWA), a member of Young Presidents’ Organization (YPO) of San Diego, and serves on the OM Foundation Board of Directors. 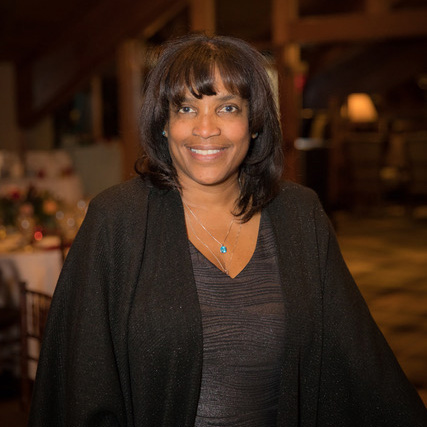 A native of the Dominican Republic, Ingrid Wetzell moved to the United States in the early 80s to study hotel and restaurant management. She holds a Bachelor of Science from Fairleigh Dickinson University, and later graduated from the Executive Development program at the University of Nevada, Reno.

Over the course of her career, Ingrid has worked in the hospitality business as an assistant general manager and later as a human resources director; these positions took her to the states of New Jersey, New York City, and Washington DC. She later relocated to Lake Tahoe to pursue work in the gaming industry’s Human Resources sector.

Although Ingrid has over twenty years of experience in human resources, she is a well-rounded professional who has also worked in public safety, engineering and surveying, and food manufacturing.

Ingrid was recognized by the Nevada Women’s Fund as one of Nevada’s Women of Achievement in 1996 and is a member of the Society for Human Resource Management as well as the National Academy of Engineering. She has also served on the board for the Boys and Girls Club and has been active in Relay for Life.

Ingrid enjoys spending time with her family, music, traveling, and cruising around the world.

Our Board of Directors 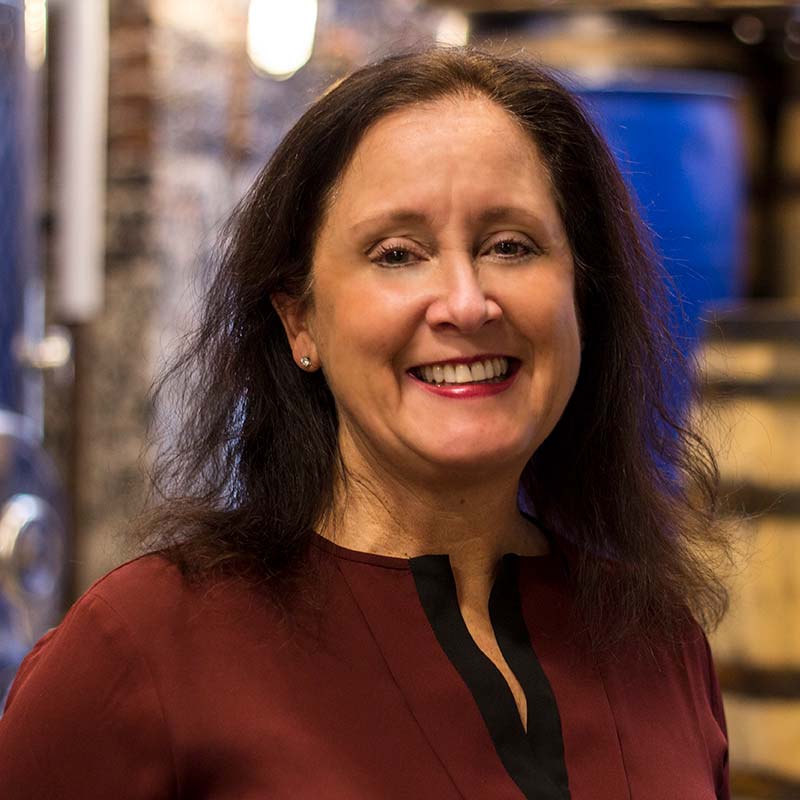 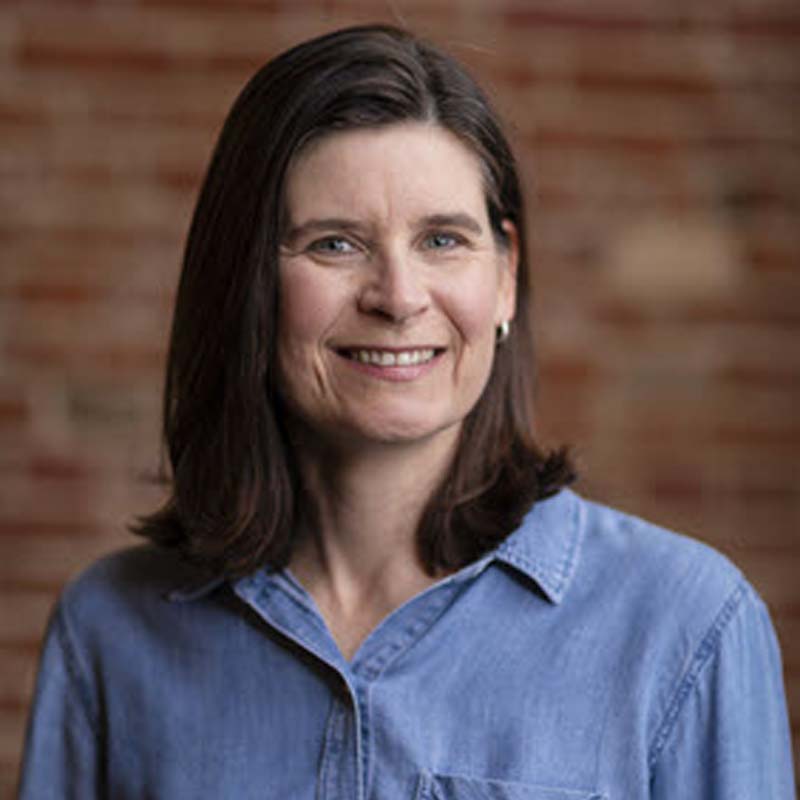 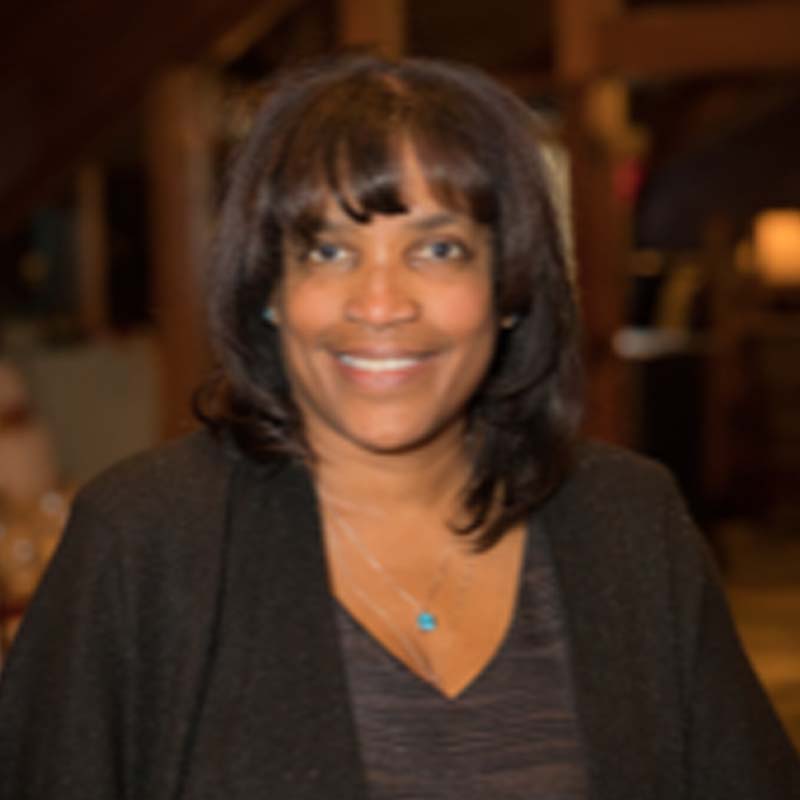 The Advisory Board members support the work of the Board of Directors, through collaboration, thought leadership, and insight into multiple disciplines within the industry. 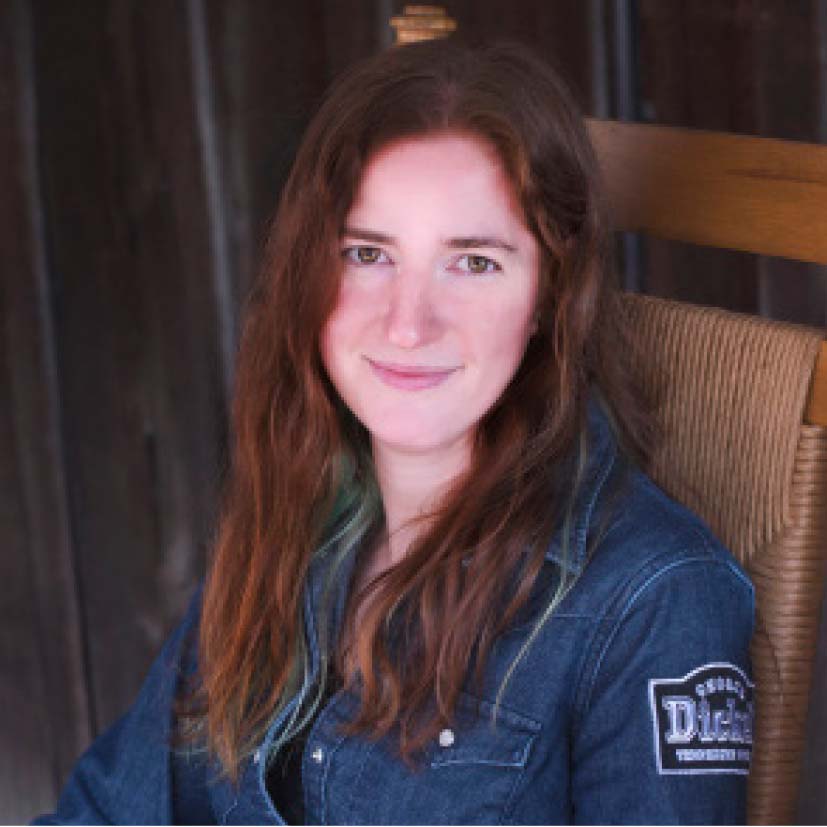 When Nicole Austin was hand selected by distilling icon Dave Pickerell to be the first employee for his spirits consulting firm in 2012, the spirits industry took note of her fresh thinking and strategic vision. When The New York Times dubbed her “Bourbon’s Master of the Craft” in 2014, the industry applauded her distilling expertise. When the rye whiskey she helped create won Double Gold at the 2015 San Francisco Spirits Competition, they celebrated her creativity and innovation. And in 2018, when she was named General Manager and Distiller for Cascade Hollow Distilling Co., Austin knew she’d found a home in Tennessee.

Nicole Austin graduated from Manhattan College with a major in Chemical Engineering in 2006, before landing her position as a Master Blender for Kings County Distillery in 2010. She then joined The Oak View Spirits consulting firm where she handled everything from raw material sourcing to contract negotiations. Most recently, Nicole served as a Project Commissioning Engineer for William Grant & Sons at the Tullamore Distillery in Ireland. She’s also been a fierce advocate for the distilling industry as a founding board member of the American Craft Spirits Association and co-chair of Legislative, Convention and State Guild Committees.

In her role as General Manager and Distiller of Cascade Hollow Distilling Co. Nicole leads the strategic direction of the company, which means she has dual responsibilities across operations and marketing for the distillery and its whisky brands. Since joining the Cascade Hollow team, she’s been instrumental in the latest innovations from George Dickel—including George Dickel Bottled in Bond (Fall 2005) that launched in May 2019 and was awarded Whisky Advocate’s “Whisky of the Year” distinction in December 2019. Additionally, Bottled in Bond (Fall 2008) was awarded a 95 rating from Whisky Advocate, topping the 94 rating of the prior vintage. In March 2020, Nicole was also named as Artisan Spirit Magazine’s first ever “Distiller of the Year” where the selection committee weighed Nicole against several selection guidelines including “willing to push boundaries while still understanding and learning from tradition” to “industry advocate to customers and others outside the boundary of the distillery.” In Fall 2020, Nicole launched the Cascade Moon Whisky series—a brand new line of limited edition whiskies that pays homage to the distillery’s history while setting the tone for the future of the whisky category. The industry has celebrated both releases from the line, with Cascade Moon Edition No. 1 awarded with 92 rating from Wine Enthusiast and Cascade Moon Edition No. 2 being called “one of the best whisky releases of 2021” by Paste Magazine. In early 2021, Nicole won the “Distillery Manager” award from Icons of Whisky Awards.

At its genesis, this group united to explore, analyze, and build a framework around the STEPUP Foundation internship program.  Currently, this group evaluates all incoming applications and will provide final recommendations to the Board of Directors. Members understand work-based learning, where doors get opened to the underrepresented and underserved, will provide an unparalleled professional experience.  This group worked hard to lay the pavement to provide growth opportunities and will continue to build the industry floor by floor with its application review process.